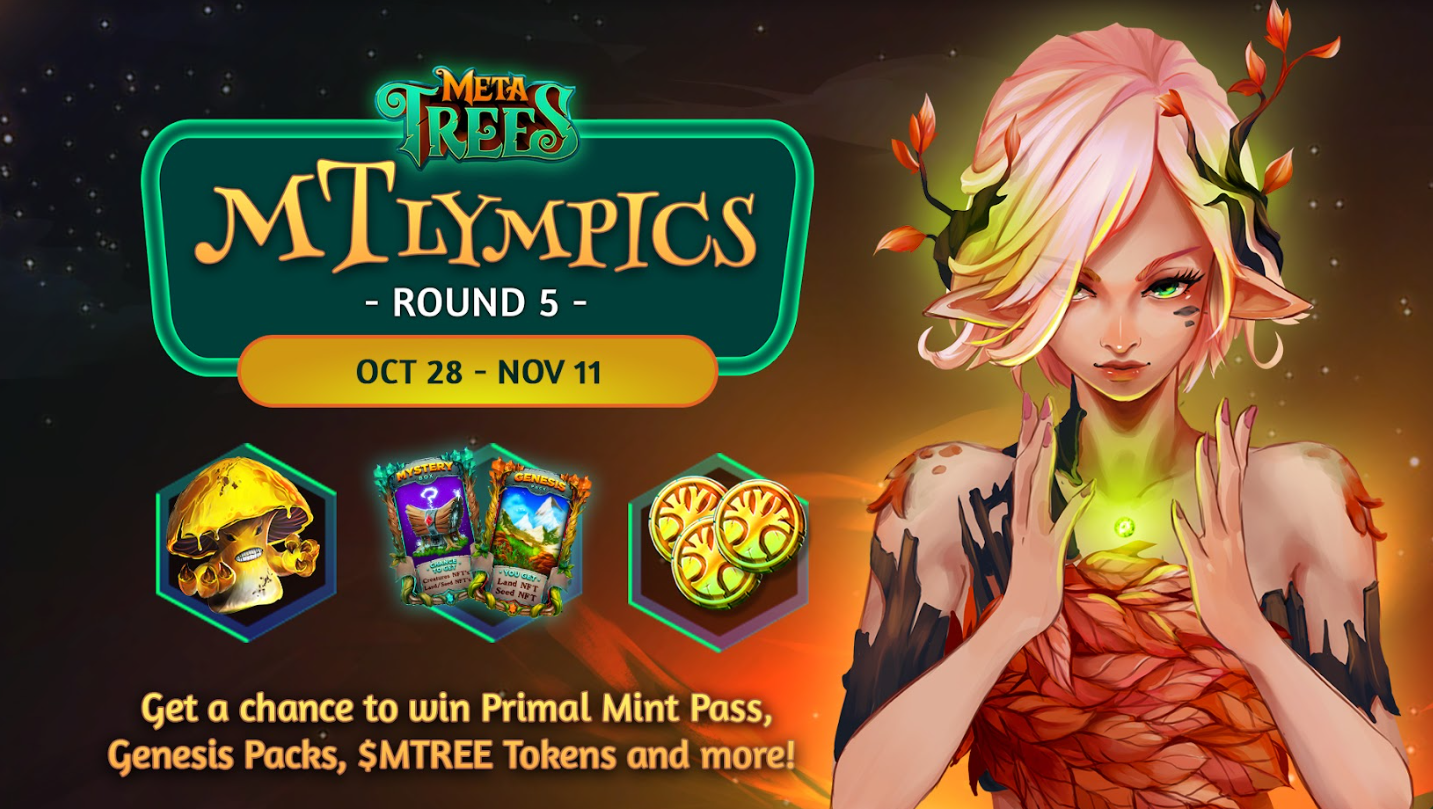 The previous rounds of MTlympics were amazing and we’ve seen a lot of new participants. Amazing job from all the teams and congratulations to the Foresters!

Round 5 started on October 28th with its first activity done and second activity starting today:

Round 5 Prizes: (accumulated points from the two weeks)

Join our Discord to participate in MTlympics!